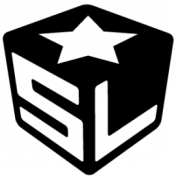 With passion, determination, creativity and showmanship David has captivated crowds all over the world. He has appeared on TV, at international circus and juggling festivals, at numerous corporate events and in cabaret shows and theaters, presenting his unique and high level juggling acts. His interest in circus- and variety arts began at the age of three when he visited a circus for the first time. Now, 25 years later, he is a welcome guest at many variety events and he works as a stage director for variety-/circus productions.

I am Fausto Giori, street artist , clown, actor, juggler and musician. Since 1998 I perform in the street of all Europe, my shows came this year to 1300 representation.

From the very start of her career Kerttu has specialized in Aerial Straps. Since her passion for straps started, Kerttu has dedicated much of her time for creating new material and techniques on her discipline. Now she has mastered multiple original ways of moving and creating on this discipline and continues to explore the different possibilities Aerial Straps has to offer. During her time at The National Circus School in Montreal she has also perfected her skill and understanding of the traditional straps techniques. She feels that is important to understand all the different aspects of her discipline and that training have made her a multitalented aerial artist. Kerttu can also create and adjust her number to fit different heights, events and needs.

My speciality and strongest practice lie in juggling. Through circus school, I have also acquired a base in acrobatics, acting, and dance. To complement my technical training, I have my experiences in creation.

Luigi Ciotta is a professional theatre actor. Born in Palermo in 1979, he moved to Bologna in 2000 to study Discipline delle Arti della Musica e dello Spettacolo (art, music and performance studies). He wrote his final thesis on the history of medieval art and graduated with full marks in 2004. It was during his years at university that Luigi Ciotta’s passion for theatre was born and began to grow. It was this very passion that led him to become a professional theatre actor. He studied at the Performing Art University of Turin and graduated in 2007. He has been performing since 2005 and has done so in such varied places as Italy, all Europe, Middle West as an actor, comedian and street performer. He has had great success in a number of Italian (Mirabilia, Mercanzia, Artisti in piazza, Asfaltart, etc…) as well as International Festivals (Avignone, Chalon, Aurillac in France, DubFest in UAE, Haifa Kids Festival in Israel, Imaginarius in Portougal, Terres Rouges in Luxembourg, ecc…). Theatrical Training 20047: Three year PAUT diploma (Performing Art University of Turin), Artistic Direction Philip Radice. Studies include those into spoken-word and physical theatre while particular attention was paid to the theories of Jacques Lecoq and Stanislvskij. Main disciplines studied; Physical Theatre, performance, clowning, mime, commedia dell’arte, melodrama, greek tragedy, use of the voice, acrobatics, dance, comic creative writing, pantomime, improvisation, directing, sage combat. http://www.teatrofisico.com/ 20042006: FLIC Circus School, Turin Professional studies into the circus arts, in particular; acrobatics, aerial disciplines (trapeze, aerial silk). http://www.flicscuolacirco.it/ 20052007: The Artemovimento School of Dance – Turin Studies into Contemporary Dance, Tanztheater and Classical Ballet. www.artemovimento.org 2004/2007: Clowning studies - Course with Jean Mening: “Clowns and their acrobatic hijinks”. An intensive live-in course lasting 260 hours. - Theatrical clowning course with Andrè Casaca. An intensive live-in course lasting 80 hours. - Theatrical clowning course with Loco Brusca. - Seminar on the voice with Naira Gonzales. - Theatrical clowning course with Chris Lynham. Theatre 2012: Shoeshine, written and performed by Luigi Ciotta • This show brings us face to face with Giuseppe Talamia, a humble Sicilian who has left his homeland and taken up shoe shining. This, of course, gives him the perfect platform for his irreverent irony and typically Sicilian comedy which is used provoke side-splitting dialog with spectators who are drawn into a series of gags and tales of a hard-lived life. 20092012: Funky Pudding , • A satirical comedy themes around waste, food quality and consumerism; “This cruel, well-polished satire that is guaranteed to get a laugh shamelessly presents us with a society where everything can be bought and thrown away … except the quality of the show’s writing, performances and directing.” Midi-Libre (France). The show won the Premio Cantieri di Strada (best street performance), FNAS in the “One Man Show” category and the Mercurdo Prize at the International theatre Festival of the Absurd, both in 2009. Funky pudding has now been performed more than 130 times! It is available in English, Italian and French and has been performed at a number of international festivals in Europe. 20062012: Tutti in Valigia (Everything in a suitcase) written and performed by Luigi Ciotta The Sicilian Giuseppe Talamia now finds himself working as a porter in the north of Italy and having to deal with and endless number of suitcases which are continuously brought to life, mutated and made the centre of his fantasies, naturally, all with the audience’s help. Balancing, various forms of juggling, demented discourse, acrobatics and luggage loads of comedy all await the lucky spectator. 20072009: Oklahoma or Iowa, The Fiasco Divino Company • The show was performed as part of the 2008 “Rigenerazioni” season at the Teatro Stabile in Turin. Three clowns discuss “the rich history of cinema” in conversations that border on the absurd and the just plain mad. Their ruminations range from the technical to the origins of silent cinema, go through parodies of the great films of history to end up in renditions of some very famous sound tracks performed live on saxophone, clarinet and … fishing rod. Truly musical. 20052007 : Splendor Hotel, Theatre/circus company 4Quarti • Contemporary circus. A group of tourists end up in an abandoned hotel and find themselves having to deal with a crumbling building, wobbly beds and a manager who’s not quite up with the times … Aerial acrobatics, acro-balance, juggling and clowning are the order of the day here. Cinema 2012: Balena, Short film, directed by Tonino Risuleo and Davide Carrari • Lead role 2008: SanguePazzo, Directed by Marco Tullio Giordana • Extra 2002: Paz! Directed by Renato De Maria • Extra 2000: I Cento Passi, (one hundred steps) Directed by Marco Tullio Giordana • Extra Cabaret and Variety April 2012: Presenter of the Comicincittà festival in Aosta which had Omar Pedrini, Marco della Noce and the Pampers as guests 20122008: Presenter of the theatre festival Potpourrì whose guests have included Antonio Rezza and Flavia Mastrella as well as Arturo Brachetti and Rita Pelusio. Skills Languages Italian (Native speaker), French (very good), English (intermediate) Dialects Sicilian Other skills Painting, Sculpture, Rowing, Circus arts, Cooking.